How Sleep Apnea Affects Your Body?

According to the American Sleep Apnea Association, “sleep apnea is an involuntary cessation of breathing that occurs while the patient is asleep. It is divided into three categories: obstructive, central, and mixed. Of the three, obstructive sleep apnea, often called OSA for short, is the most common. Despite the difference in the root cause of each type, in all three, people with untreated apnea stop breathing repeatedly while sleeping, sometimes hundreds of times during the night and often for a minute or longer. In most cases, the sleeper is unaware of these breath stoppages because they don’t trigger a full awakening.”

The respiratory system is affected by sleep apnea because you can find yourself short of breath. In addition, it can cause chronic obstructive pulmonary disease (COPD). Regarding the endocrine system, “people with sleep apnea are more likely to develop insulin resistance, a condition in which the cells don’t respond as well to the hormone insulin.” It can cause fatty liver disease and liver scarring as well as the worsening of heartburn. It can put a strain on the cardiovascular system as obesity (which is linked to the disease) can increase the strain put on your heart.

Symptoms can include extremely loud snoring, obesity, daytime sleepiness, a dry mouth when waking up in the morning, headaches, etc.

Sleep apnea is more frequently observed in men, compared to women. In addition, it’s commonly seen among African-American and Hispanic men. It affects more than 22 million Americans, yet there is a general lack of awareness.

Jonathan Jun, M.D., a specialist at the Johns Hopkins Sleep Disorders Center, said that it occurs in about 3% of normal-weight individuals but affects over 20 percent of obese people. The rates of the disease also increase sharply in women after menopause.

As we mentioned, OSA is the most common type of sleep apnea and “is caused by a blockage of the airway, usually when the soft tissue in the rear of the throat collapses and closes while sleeping.”

OSA can range from mild to severe, based on a measurement system called the apnea-hypopnea index (AHI). The AHI measures the number of breathing pauses that you experience per hour that you sleep.

There is a lot known about sleep apnea, however, there is always more to learn. This study concluded that “major advances in this regard include the neurochemical regulation of upper airway motor neurons and airway caliber; the causes of long-lasting alterations in cardiovascular, biochemical, and neuronal structure and function elicited via intermittent hypoxemia; and the vital importance of the wakeful state on the one hand and variations in sleep state on the other on the regulation of respiratory stability.”

Having Trouble Sleeping: Try These Self Help Tips to Fall Asleep 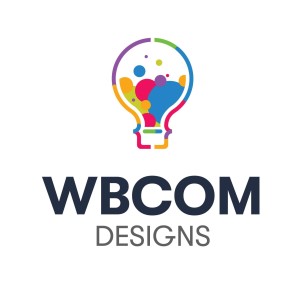